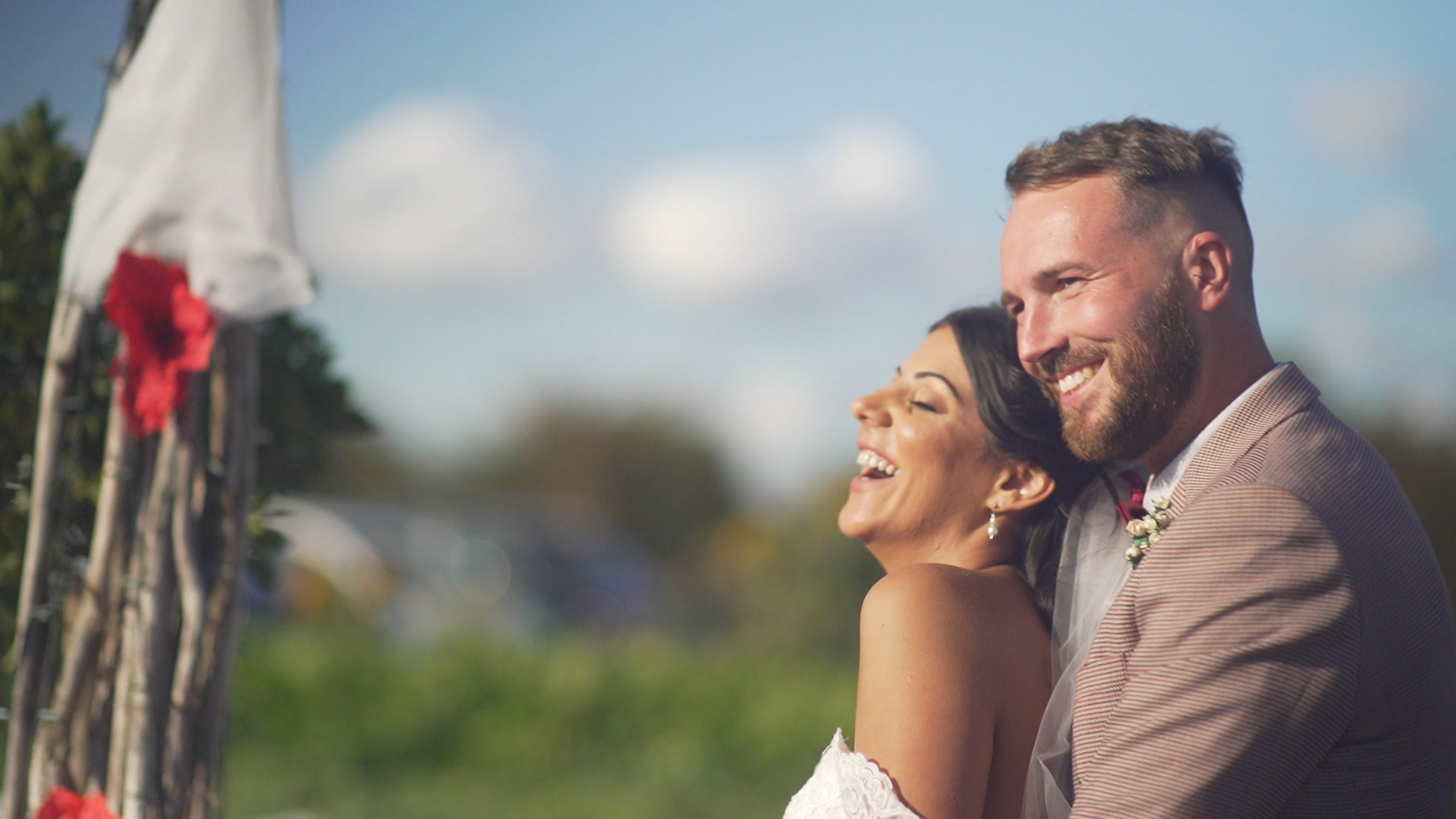 Throwback to an Elevated Barn-Style Wedding for the Ages

Six weeks before his wedding Jack reached out to me to see if I could film his wedding. I was available to film it but it was his laid back attitude and beautiful venue choice that made me want to film it. His lovely bride-to-be told me they just want the day covered, not many posed shots and nothing should feel over engineered, so they fit exactly with how I like to film.

Their venue was a bit on the far side for me, so I found a cheap and cheerful hotel, prepped everything for the next day, had a dirty Mcdonald’s dinner and went to bed. The next morning I met Charlotte and her squad of beautiful and hilarious bridesmaids at their stunning wedding venue https://www.farbridge.org.uk/ . I filmed some prep, moved to get empty venue shots, got some shots of Jack getting ready and prepared for the ceremony. I always like a bit of time for ceremony coverage so I can plan where the cameras should go to get a beautiful shot but not be annoyingly in the way.

During this time I met their photographer Sarah of www.sarahelvinphotography.co.uk who was just lovely and considerate. We were a perfect example of a videographer and photographer working well together. She watched where I was filming, I watched where she was shooting and we were constantly talking about our plan of attack. It was just ideal.

The ceremony went well. I got lots of guest mingling shots and took a break during the family shots (as they don’t look great on video).

Prior to the wedding I asked Jack and Charlotte on a scale of 1 to 10, 1 being nothing, 10 being twirling in a field/ running to each other from across a great distance, how much posed stuff do they want. They said 3. I like this because it feels authentic and doesn’t take too long. We filmed them laughing, walking, a couple kisses and bosh, it’s back to the party for them.

A little later in the evening I filmed the speeches, one of which was the funniest best-man speech to date. I have gotten a bit numb when it comes to the gushy lovey stuff, but I found myself welling up over people I just met that day. Apparently I’m not as stone-faced and professional as I thought I was, or maybe just Jack and Charlotte are so sweet that you instantly root for them!

The night was wrapped up by them cutting the cake, first dance, and an epic motown/classic rock dance party. When I film the dancing portion I like to get right in there and boogie myself. I find it makes the viewer feel the energy and the footage looks really nice and their crowd was totally cool with it. Once I knew I had enough, it was time to say my goodbyes because if I stick around too long the drinks start flowing and nobody wants that on video.

To Jack and Charlotte I just want to say it was a total blast working with you both. You are insanely beautiful people and you deserve all the good things coming to you!